Retirees often save and plan for retirement and then relocate to an area that best matches both their interests and financial abilities. It is the time in a person’s life where it is possible to slow down and enjoy life.  Being in that position may lead retirees to wonder which is a better place for retirement – Florida or Texas?

Which is better to retire – Florida or Texas? Florida has a lead over Texas, but not by much.

There are several considerations when planning retirement. Between Texas and Florida, the differences are not far apart, and many factors can influence your decision. This article will present the different advantages and disadvantages of retiring in both Texas and Florida so that you can make an informed decision about your future home. 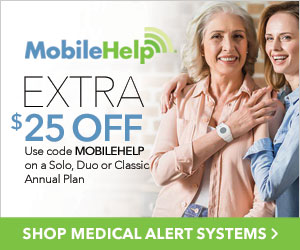 Quality of Life: Why It Matters to Retirees

Often, retirees deal with health issues and life changes that impact the feeling of fulfillment. Feeling good about who you are and where you are is essential for enjoying life. Where a person chooses to live lends itself greatly to a sense of their quality of life.

When looking at the potential quality of life between states, it is necessary to consider living conditions and what facilities and organizations are available. For retirees, low crime, access to transportation, and medical facilities are essential.

According to Evan Comen and Samuel Stebbins in the article for USA Today, “Financial Security: Best (and Worst) States to Grow Old In,” this is how Texas and Florida stack up:

Texas’s seniors do without supplemental income, which can become a financial difficulty. In Texas, the residents over 65 years of age live in poverty. Texas is the seventh-largest state for seniors in poverty.

Also, Texas struggles with its elderly having access to medical care. Texas rates as one of the worst in the country, with over 30% not having a personal doctor and over 38% having a disability.

Florida is popular with retirees. The average age of Floridians is 65 and older, with 19.8% of the population consisting of seniors in this age range. Because of the population dynamics, there is a wide variety of retirement communities available.

However, the poverty rate for senior citizens in the state of Florida is around 10%, so those with just social security and no supplemental income struggle with quality of life because of their finances.

Also, there are only five hospitals to every 100,000 retirees in the state of Florida, which puts Florida as one of the lowest in the nation.

Cost of Summary of Quality of Life

Between the two states, the poverty rate is very similar. However, despite both being rated low for access to healthcare, which significantly impacts the quality of life, Florida does fare slightly better.

Click the Amazon links below for the most current price on these great digital devices.

Crime Rates Of Florida And Texas

The crime rate in Florida is lower than Texas, according to the Uniform Crime Reporting Program by the Federal Bureau of Investigation (FBI), but not by much. Both states have crime rates that are higher than most other states in the nation.

Crime rates are related to urban areas, and states that have several larger cities will have a more significant crime rate. Also, there is a link between crime rates and poverty levels.

The 2019 reporting of crime is still preliminary, but the 2018 report is available. For this category, Florida is a clear winner.

Florida’s crime is in line with the averages for the rest of the nation. There are cities in Florida that are more dangerous than others. Florida City has the most instances of violent crime.

As you are researching if Texas or Florida is better to retire at, keep in mind your kids and grandchildren’s financial health. Save your family Thousands Of Dollars And Teach Them How To Build Their Wealth To Millions. Your KIDS and GRANDCHILDREN NEED This! The Family Treasure Tool Guide Click link below. Golden Rules, Budgeting Tool, Home Affordability Tool, House Payment Tool and a Compound Interest Calculator all in one guide!!!

Weather In Florida And Texas

Both Texas and Florida are near the coast and offer miles of beaches for enjoyment. Because they are both so close to the coast, hurricanes are an issue. Florida has the sunniest days, but both states are hot and humid. Because the proximity to the coast is the same and the similar weather, the states tie in this area of consideration. 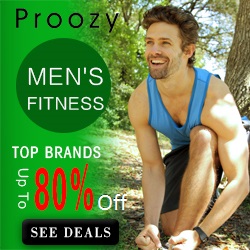 Necessary expenses like housing, healthcare, and food are all a part of this overall cost. Since this cost changes from city to city and retirees are often on a fixed income, they need to know if their standard of living will change after moving.

John Csiszar discusses the cost of living for each state in his article titled, “This Is What a Comfortable Retirement Will Cost You in Every State.”

If you wish to retire in Texas, you could do so comfortably with $56,539.81 a year. The cost of groceries in Texas is very low, as is the price of housing.

If you want to retire in Florida, plan to have access to $61,246.30 a year. The cost of healthcare in Florida is lower than average, but many other expenses are similar to the rest of the country. 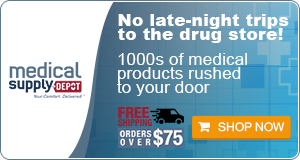 Tax Burden in Both States

Many retirees need to live in a tax-free state, so their savings and income go as far as possible. Some states are more attractive than others in this regard.

Taxes take a chunk out of retirees’ income, and some taxes are more relevant to a retiree. Social Security tax, estate tax, and inheritance taxes are all essential to consider. Also, sales tax matters because the added tax on goods bought decreases spending power.

In the matter of taxes, Texas and Florida are very close.

Summary of Cost of Living Including Taxes

Both states have plenty to offer when it comes to taxes. Florida wins over Texas regarding tax burdens, but Texas has a lower cost of living. Those deciding between the two in this category may find the differences negligible. 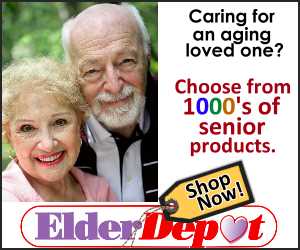 Deciding on where to move for your golden years ends up coming down to personal preference. In the areas that matter to retirees, such as tax burden, both states have plenty to offer. However, in other areas, such as access to health care, both states struggle.

Florida seems to have a small advantage over Texas regarding tax burden and crime rates, but the real consideration might come to where you wish to move in either state. Texas is a massive state, and the living conditions are different between cities, and the same could be said for Florida.

Once you decide which state you feel most suits your needs, look at the city and compare the details from where you are now to where you believe you would like to retire.

Steven Abbey is a author for Senior Living Headquarters and owns a home in a retirement community. His wife owns a successful family business that has served tens of thousands of people. He also has a electrical technician degree.

link to What’s The Most Expensive Village in The Villages Florida?

At a certain age, many people, 146,000 annually begin to look to Florida as their retirement destination. If you are moving to Florida, you will want to check out...

Florida is one of the most popular retirement destinations nationwide, but it can also be quite pricy to live here. Apart from cost of living, one of the most significant expenses in any state is...

I'm Steven Abbey, who started Senior Living Headquarters. A few years ago my parents were downsizing and needed information about active senior living. I'm writing to help seniors with their questions about retirement communities, life, products and family finances.

This site is a participant in the Amazon Services LLC Associates Program, an affiliate advertising program designed to provide a means for sites to earn advertising fees by advertising and linking to Amazon.com. As an Amazon Associate I earn from qualifying purchases and referring traffic and business to Amazon and other companies linked to on this site. Elderdepot, Mobilehelp, iamfine, Piscifun, Proozy, TwinMed LLC, Medical Supply Depot, Mobile Home Parts Store, ShareASale.